Mining taxes for India may change in future 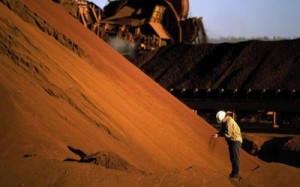 India is one of the fastest developing nations and has been considered a nation with one of the highest corporate income tax rates (33.99% including surcharge and cess). It also has a complex set of allowances, deductions and exemptions to influence the behaviour of all taxpayers, including mining companies. India also has a Minimum Alternative Tax (MAT) which is designed to levy at least a minimal amount of income tax, even if the taxpayer’s “regular tax” is reduced because of certain deductions.

India’s Mining Sector isgoverned by federal structure where both Centre and State Governments have roles to pay. While central government decides major policies for the Major Minerals (as classified under law), the state has autonomy to decide on matters pertaining to minor minerals.

The State Government levies Royalty on mining. To have uniformity among the States, the Federal Government regulates the rate that can be levied. Certain States also levy a “Cenarage fee”. The federal Govenrment for its part levies excise duty on the resources produced. In addition, some minerals also attract some cesses like Clean Energy Cess, Cess on export of mica, iron ore, chrome, etc.